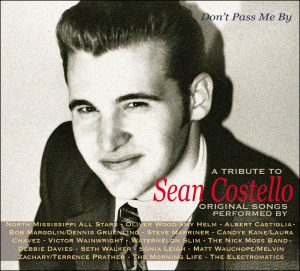 Landslide Records is proud to announce that DON’T PASS ME BY, a tribute to the original songs of Sean Costello, is now available for purchase in stores and online. Lovingly donated by an exceptional group of 15 blues artists for the benefit of The Sean Costello Memorial Fund, which was established after his passing to research bi-polar disease, the album brings Costello’s songwriting talents to the forefront. Notable recording artists who contributed are the North Mississippi All-Stars, Oliver Wood (The Wood Brothers), Amy Helm, Albert Castiglia, Bob Margolin, Steve Marriner, Watermelon Slim/Dennis Gruenling, Victor Wainwright, Candye Kane/Laura Chavez, Seth Walker, Sonia Leigh, the Nick Moss Band, the Electromatics, Debbie Davies, The Morning Life, and Matt Wauchope/Melvin Zachary/Terrence Prather. Produced by Jon Justice and Dave Gross, the album features all previously unreleased recordings. DON’T PASS ME BY showcases Costello’s tunes in a remarkable array of 15 distinctive performances that enhance his well known abilities as an influential blues singer and powerful guitarist. In addition to the title track, popular Costello compositions included are "Who's Been Cheatin' Who," "No Half Steppin'," "She Changed My Mind," and "Feel Like I Can't Get A Home." 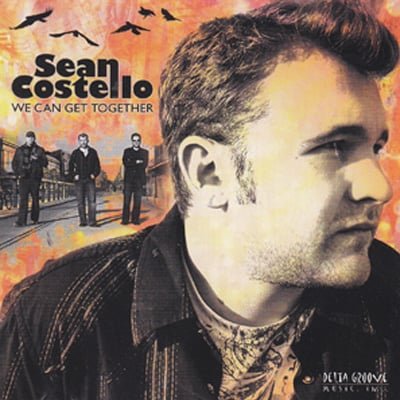 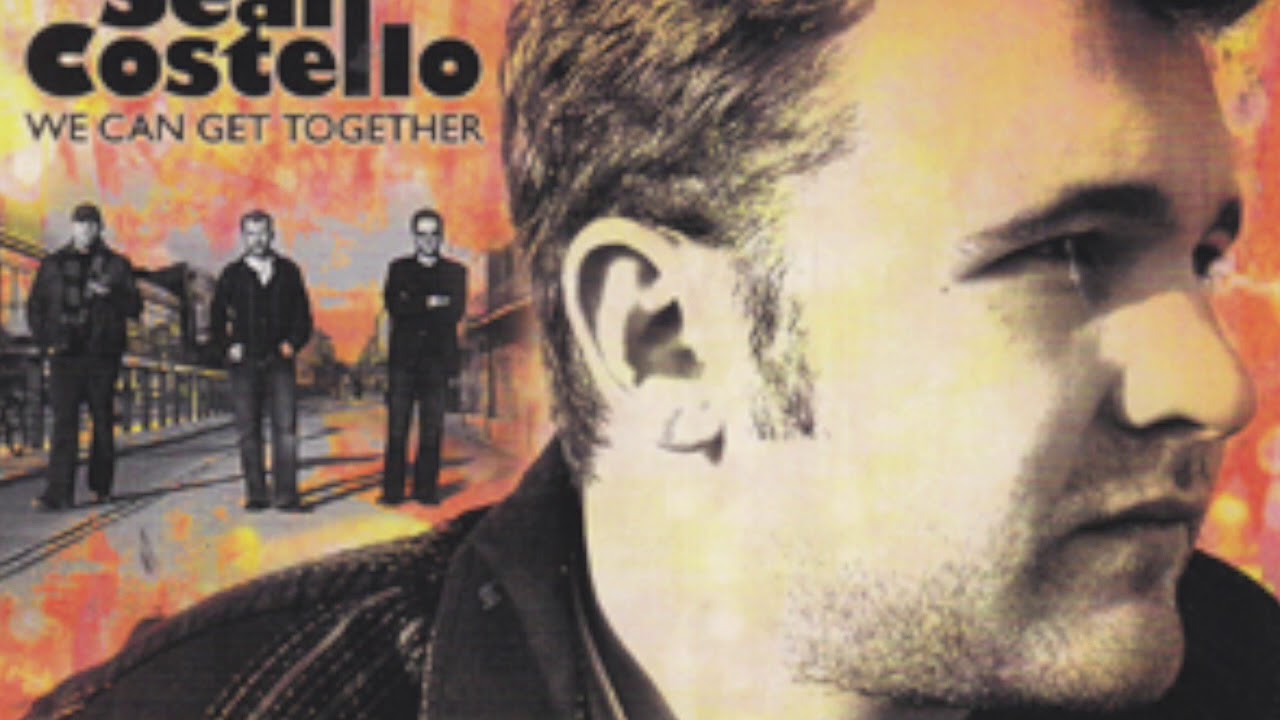 Landslide Records is proud to announce the reissue of Sean Costello’s final recorded album, WE CAN GET TOGETHER, which was originally released just prior to his tragic passing in April, 2008. A newly inducted member of the Georgia Music Hall Of Fame, Costello recorded the album with his working band: Aaron Trubic (bass) plus Paul Campanella Jr. and Ray Hangen (drums) along with a guest appearance from Wood Brothers guitarist Oliver Wood. In its review ALL MUSIC GUIDE described Sean as “a terrific singer and songwriter and guitar talent just hitting his peak.” The music moves from the gritty, sparse, old ZZ Top-styled "Hard Luck Woman" to the smooth soul and light funk of "Can't Let Go. He also pulls off a poignant gospel cover of "Going Home," somewhat uncharted territory that works just fine with his gruff voice and stinging guitar. WE CAN GET TOGETHER added to the interest in Costello’s music that has built thanks to exposure generated from two more recent Landslide compilation albums, SEAN’S BLUES and AT HIS BEST – LIVE, plus the establishment of the Sean Costello Memorial Fund for Bi-Polar Research. Costello remains a primary influence on young, upcoming blues guitarists. 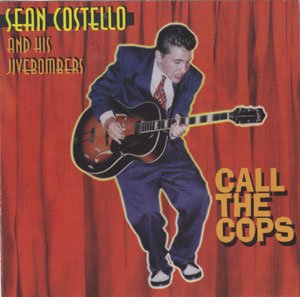 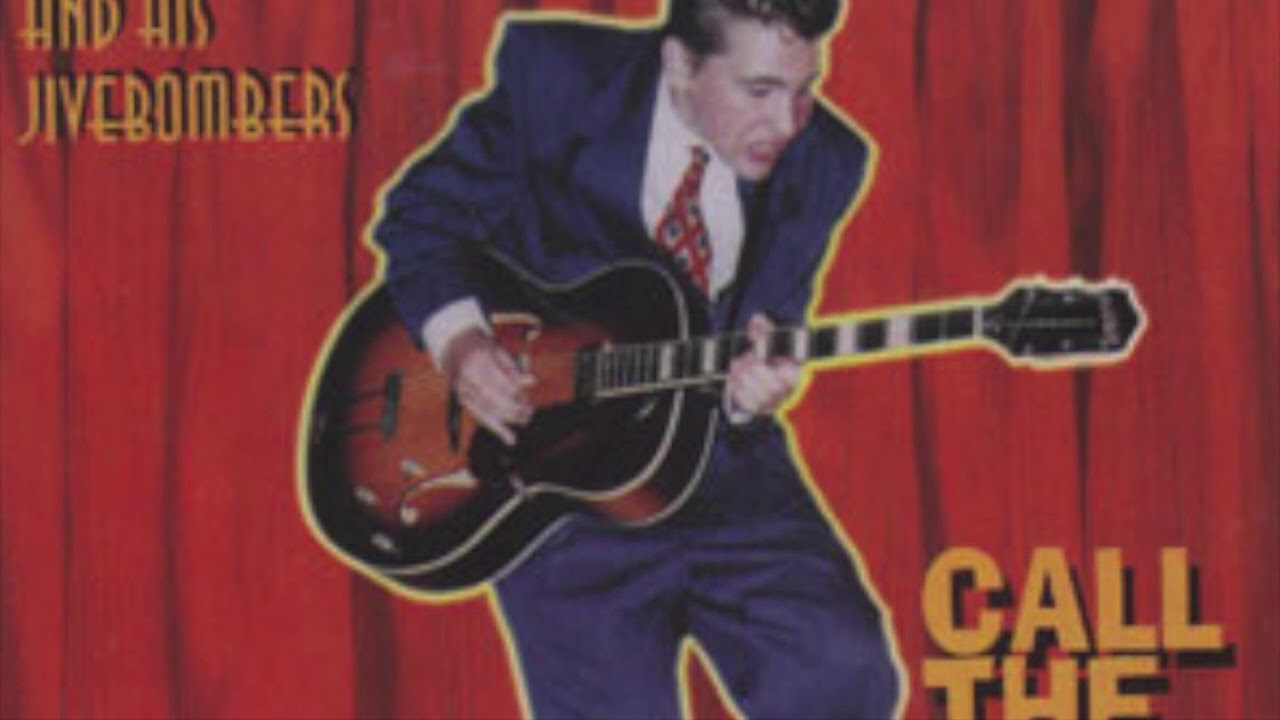 CALL THE COPS is a reissue of the late Sean Costello’s first ever album with his original band, the Jivebombers. First released in 1998 by the then 16 year old blues prodigy, CALL THE COPS has been out of print for several years; however, interest in Costello’s music has built thanks to exposure generated from two more recent Landslide compilation albums, SEAN’S BLUES and AT HIS BEST – LIVE plus the establishment of the Sean Costello Memorial Fund for Bi-Polar Research. Costello remains a primary influence on young, upcoming blues guitarists. His work on CALL THE COPS, which AboutMusic.com called “class A chops and a deep knowledge of the blues,” shows off an artist already well entrenched in the intricacies of the music. 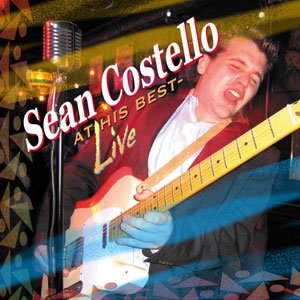 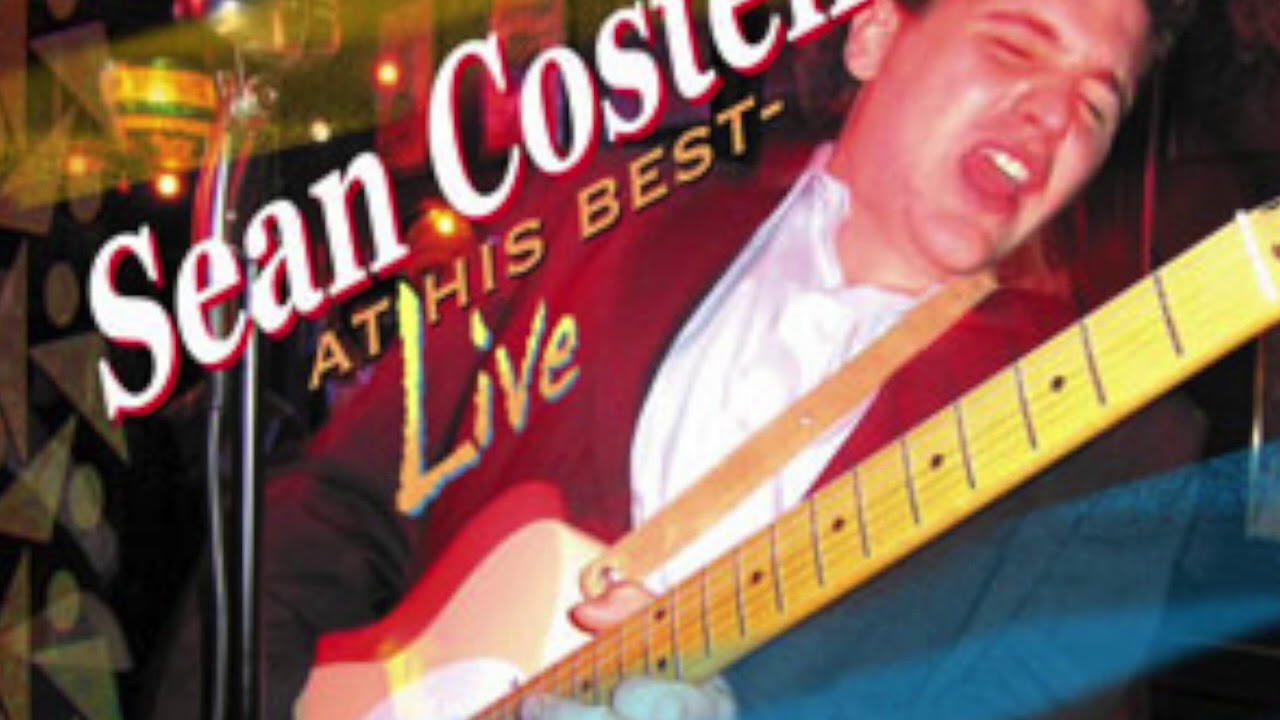 A special album of live performances recorded by the late blues guitarist/singer, featuring 16 tracks of previously unreleased live material recorded in the US and Europe from 2000-2007. This first ever completely live album of Sean Costello performances includes 11 songs not on any prior Costello release. AT HIS BEST – LIVE was mastered by acclaimed producer/engineer Rodney Mills (Gregg Allman, Atlanta Rhythm Section) and represents the essence of Sean Costello’s unique artistry and total devotion to the genre. According to the PHILADELPHIA INQUIRER, “the selections here are all non-originals, but they speak to his impeccable taste and his ability to make even the oldest and most well-worn material sound fresh.” 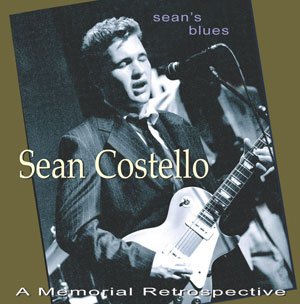 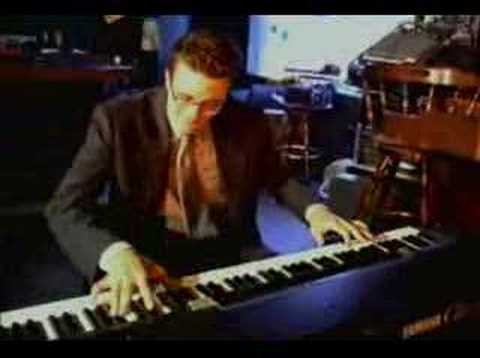 SEAN’S BLUES, a memorial tribute to the late blues great, Sean Costello was released a year after his tragic passing. This 20 song compilation culls selections from Costello’s recording career between 1996 and 2002 and includes 12 unreleased tracks, three of which are live. The album showcases strong performances by Sean’s early quartets and quintets with harp master/pianist Paul Linden, drummer Terrence Prather, bassist Melvin Zachary, and former Costello band member Susan Tedeschi, who contributes a searing lead vocal on “Walking Blues.” Produced by Michael Rothschild with Jeff Bakos at Bakos Ampworks in Atlanta, SEAN’S BLUES documents Costello’s mastery of a variety of blues styles as well as his ascendancy from mind blowing prodigy to veteran guitarist/singer/songwriter. 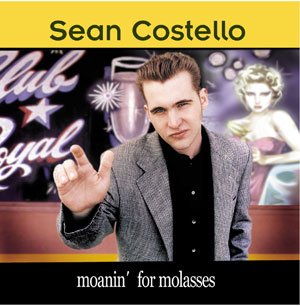 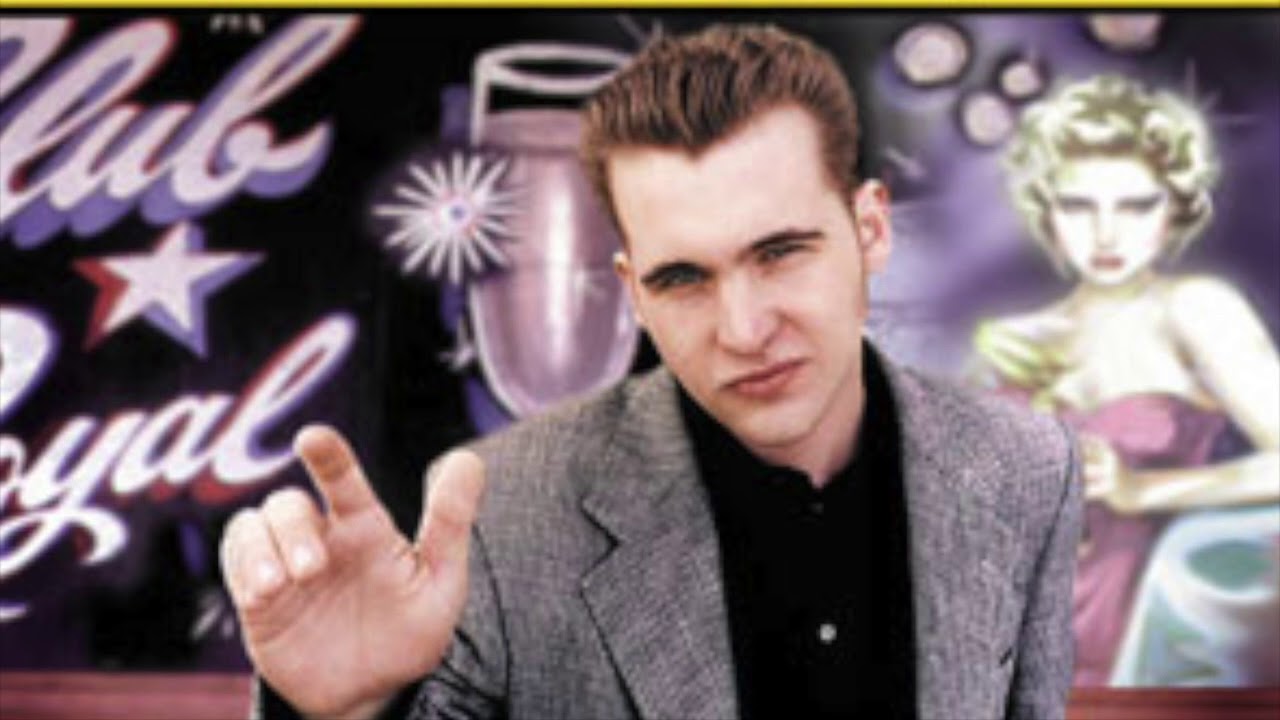 Costello’s second Landslide Records release presents innovative versions of relatively obscure material blended with saucy originals. The title track, a burning version of the Jody Williams classic instrumental, was a mainstay in his live shows for years, and the overall performances throughout MOANIN’ FOR MOLASSES are among his best. The live feel, featuring the legendary Costello band—harpist/pianist Paul Linden, drummer Terrence Prather, and bassist Melvin Zachary generated a tight, consistently fresh, and highly listenable album. Its release garnered rave national reviews and articles, including a cover story in BLUES REVUE, which touted Sean as “leading the new blues revolution.” 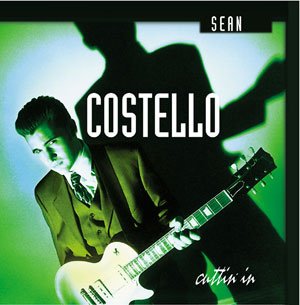 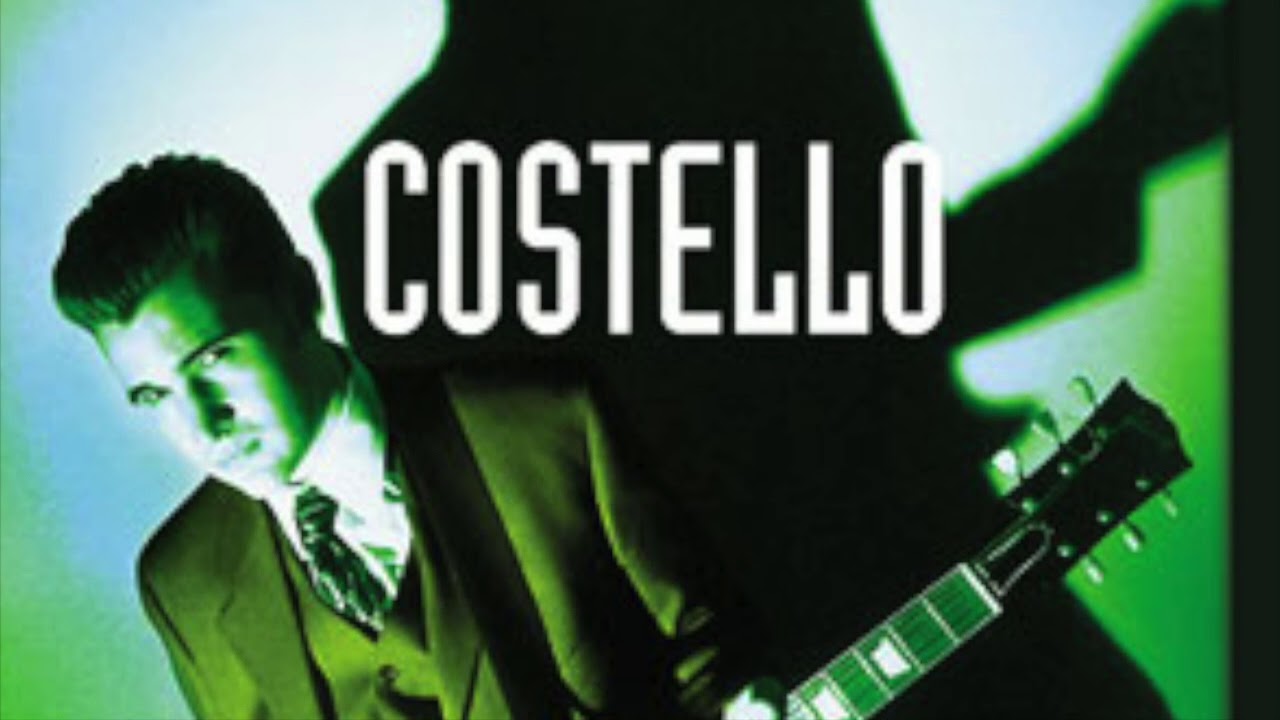 Costello’s debut on Landslide shows off his strikingly authentic and downright exciting blues and R&B takes as a rising stylist. As the lead guitarist on Susan Tedeschi’s gold selling album JUST WON’T BURN, Costello gained national attention, and shortly thereafter, CUTTIN’ IN proved that in addition to his world class guitar licks, he could sing with the best. Not surprisingly, critical reaction was unanimously positive. “Sean Costello blows in like a gust of fresh spring air,” heralded BLUES REVUE, while BLUES ACCESS called it “a first rate concept disc from start to finish.” The album’s exposure received an additional boost when the Blues Foundation gave it a W.C. Handy Award nomination for Best New Artist Debut.